Bo Karlson is Wireless@KTH's director of external relations and general manager. He was the manager of the Wireless Foresight project. Karlson holds a Ph.D. in industrial management from the Royal Institute of Technology (KTH). Before joining Wireless@KTH, he was assistant professor in the Department for Industrial Economics and Management at KTH. His areas of expertise include project management. Organizational theory, business models, industrial development, and research methodology.

Aurelian Bria is currently pursuing a Ph.D. in the Department of Signals, Sensors and Systems at the Royal Institute of Technology (KTH) in Stockholm. He received his M.Sc. degree in electrical engineering from the Politehnica University of Bucharest, Romania, in 1989. In autumn 2000 he joined the Swedish strategic research program Personal computing and Communication (PCC), starting his research in the field of wireless infrastructure.

Peter Lönnquist holds an M.Sc. degree in psychology and in 2001 he became a Ph.D. student at the Swedish Graduate School for Human-Machine Interaction. Formerly a member of the Human-Computer Interaction and Language Engineering Laboratory at the Swedish Institute of Computer Science (SICS), he now does research in the design and evaluation of ubiquitous service environments and “the disappearing computer” in the FUSE group at the Department of Computer and Systems Sciences of the IT-University in Kista.

Cristian Norlin holds an M.A. in interaction design from the Royal College of Art in London. He also holds a B.Sc. in multimedia education and technology from Stockholm University. Based in Stockholm, he is working as a consultant focusing on human-computer interaction in areas of concept development, interface design for digital technologies and products, and user-centered development processes.

Jonas Lind is a researcher at the center for Information and Communications Research (CIC) at Stockholm School of Economics, where his research focus is structural changes during the life cycle of the IT and telecom industry. Before rejoining academia, he was a strategy consultant in an internet consulting firm and a senior advisor at Telia headquarters. Lind holds an M.Sc. in engineering and an Econ. Lic. Degree in business administration. 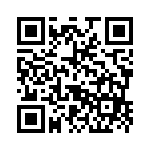