Dewey Lambdin is the author of ten previous Alan Lewrie novels and an omnibus volume, For King and Country. A member of the U.S. Naval Institute and a Friend of the National Maritime Museum in Greenwich, England, he spends his free time working and sailing on a rather tatty old sloop, Wind Dancer. He makes his home in Nashville, Tennessee, but would much prefer Margaritaville or Murrell's Inlet. 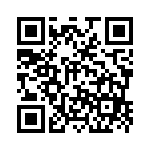