Balli Kaur Jaswal is the author of Inheritance, a universal story of family, identity and belonging, newly re-released by Epigram Books. Born in Singapore and raised in Japan, Russia and the Philippines, she studied creative writing in the United States. She has received writing fellowships from the University of East Anglia and Nanyang Technological University, and was named Best Young Australian Novelist of 2014 by the Sydney Morning Herald. She is working on her third novel, a dark comedy set in a Punjabi immigrant enclave in London. 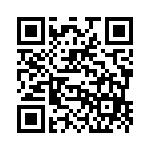