Page 129
+ The doctrines of the Catholic Church as to absolution , confession , and penance , are laid down in the Common Prayer Book in the same words as they are described in the Catholic books . The gospels , epistles , and collects in the ...
Page 158
6 of his royal ancestor James , who , in his speech to Parliament in 1608 , said I acknowledge the Church of Rome to be our mother church ; ' and in his premonition to all Christian Monarchs , he says- Patriarchs I know were in the time ...
Page
The BOOK of the ROMAN - CATHOLIC CHURCH , in a Series of Letters addressed to Robert Southey , Esq . , LL . D. , on his BOOK of the CHURCH . By CHARLES BUTLER , Esq . , of Lincoln's - Inn . A New Edition , revised and corrected . 8vo . 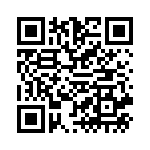