Songling Pu (1640--1715) was an author during China's Qing Dynasty. He spent the bulk of his life working as a private tutor, during which time he gathered and re-wrote the stories published to great acclaim in this book.

Herbert A. Giles (1845--1935) was one of the most acclaimed sinologists of his era and the Chair of Chinese at Cambridge. He is one of the creators of the "Wade-Giles" system of romanization, the author of several Chinese-English dictionaries and translator of numerous classics. 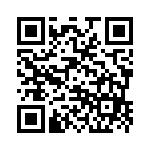