It is difficult, as a philosopher, to review the work of another philosopher without taking issue with conclusions with which one disagrees. However, it is easy to recognize a work that strives to be ... Read full review

A clean scientific and philosophical approach to the problem of human consciousness. The starting key question: How does it feel to be a bat? It does not teach you but presents a lot of questions with ... Read full review

Susan Blackmore has researched various forms of consciousness for over a decade and has recently published the first textbook on the subject (Consciousness: An Introduction, published by OUP-NY and Hodder & Stoughton). She is author of more than sixty scientific articles and forty book contributions, writes for several magazines and newspapers, and is a frequent contributor on radio and television, both in the UK and abroad. Her controversial bestseller, The Meme Machine (OUP 1999), has been translated into eleven other languages and has life sales of 17,800 hardback and 22,500 paperback. 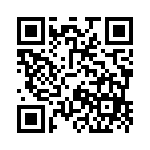