Page 99
British Academy. and palpable falsehood , thus , as Professor Burnet reminds us ,
showing himself quite in keeping with the representations of Plato , according to
whom Socrates insisted that he had never followed the profession of a teacher ...
Page 113
Plato names three of these campaigns , that of Potidaea ( 431-430 ) , that of
Delium ( 424 ) , and that of Amphipolis ( 422 ) , and presumably these were the
only three ( Apology 28 e ) of any note , though it is curious that we hear nothing
of any ...
Page 128
Ŕ list of his associates ' is given which seems to be taken direct from the Phaedo ,
only that Chaerephon , who died before the trial of Socrates , as we learn from
Plato , is added . Further , he was a friend of Callias , son of Hipponicus ... 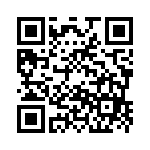