Alvin I. Goldman is Professor of Philosophy & Cognitive Science and is Board of Governors Professor of Philosophy and Cognitive Science at Rutgers University. He is one of the most influential epistemologists of the last several decades, with seminal contributions on the causal theory of knowledge, process reliabilism, and social epistemology. He also works at several interfaces between cognitive science and philosophy, including philosophy of mind, epistemology, and metaphysics. With over twelve books and 150 articles to his credit, he is among the most prolific and wide-ranging philosophers of his generation. 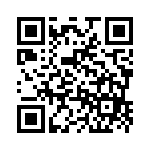