A born-again PI takes on BIG Religion. Not sure if there is a bona fide genre called religious thrillers, but this should be a the top of the list. The "mystery" may not be too mysterious but it is a ... Read full review

A born-again Christian private eye's faith is shaken to the core when he takes the case of the Muslim student suspected of killing his atheist professor."The despair an atheist must feel is ... Read full review

Page 157 - HE that hath wife and children hath given hostages to fortune ; for they are impediments to great enterprises, either of virtue or mischief. Certainly the best works, and of greatest merit for the public, have proceeded from the unmarried or childless men ; which both in affection and means have married and endowed the public.
Appears in 568 books from 1812-2008
Page 108 - Therefore, if you are offering your gift at the altar and there remember that your brother has something against you, leave your gift there in front of the altar. First go and be reconciled to your brother; then come and offer your gift.
Appears in 421 books from 1828-2008
More
Page 71 - God is great. I bear witness that there is no God but God.
Appears in 98 books from 1844-2008
Page 146 - Awake, O north wind; and come, thou south; Blow upon my garden, That the spices thereof may flow out. Let my beloved come into his garden, And eat his pleasant fruits.
Appears in 476 books from 1801-2008
Page 35 - Then shall ye do unto him, as he had thought to have done unto his brother: so shalt thou put the evil away from among you. 20 And those which remain shall hear, and fear, and shall henceforth commit no more any such evil among you.
Appears in 176 books from 1805-2008
Page 189 - Ask, and it shall be given you : seek, and you shall find : knock, and it shall be opened to you.
Appears in 367 books from 1803-2008
Page 287 - As the vice regents of God, we are to exercise godly dominion and influence over our neighborhoods, our schools, our government, our literature and arts, our sports arenas, our entertainment media, our news media, our scientific endeavors — in short, over every aspect and institution of human society.
Appears in 13 books from 2006-2008
Page 147 - I said, I will go up to the palm tree, I will take hold of the boughs thereof: now also thy breasts shall be as clusters of the vine, and the smell of thy nose like apples ; And the roof of thy mouth like the best wine for my beloved, that goeth down sweetly, causing the lips of those that are asleep to speak.
Appears in 142 books from 1805-2008
Less

Larry Beinhart is best known as the author of Wag the Dog (originally published as American Hero) on which the film starring Robert DeNiro, Dustin Hoffman, Willie Nelson and Woody Harrelson was based. His No One Rides for Free (1986) received the 1987 Edgar Award for Best First Novel. His most recent book, Fog Facts, a work of nonfiction, examines why some important, even striking, truths are overlooked by the media and the culture at large.

Beinhart spent two years in Oxford, England, where he was the Raymond Chandler Fulbright Fellow at Wadham College. He is a regularly featured blogger on Huffingtonpost.com and his articles have appeared in the New York Times, the International Herald Tribune, the Los Angeles Times, the Washington Post, the Baltimore Sun, and the Chicago Tribune. He resides in Woodstock, New York, with his wife and two children. 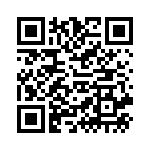