A comprehensive narrative of the mining of the frigate "Samuel B. Roberts" in 1988, where the author provides a portrait of Paul Rinn and his crew and how they saved a ship that had been pushed to the ... Read full review 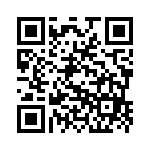