Hirad Abtahi is the first Legal Adviser to the Presidency of the ICC, where he also acted as Deputy Chef de Cabinet in the Immediate Office of the President. Prior to joining the ICC, he worked at the ICTY where he was extensively involved in the Milosevic Trial, as the Associate Legal Officer to Trial Chamber III. Hirad Abtahi was also a legal consultant with the Geneva based International Commission of Jurists, on behalf of which he advised the ICTY Registry on issues such as the relocation of victims and witnesses, the conditions of detention of accused persons and the enforcement of sentences in third countries. He has lectured and published articles in English, French, and Persian on human rights, humanitarian law, and international criminal law. He is a member of the Société française pour le droit international and is on the Editorial Board of the International Criminal Law Review. He has a Diplôme d'études approfondies in international law and has been educated in Iran, France, Canada and England.
Gideon Boas is the Legal Officer for the Milosevic trial before Trial Chamber III of the ICTY and Acting Senior Legal Officer of that Chamber. He has worked on trials and appeals at the ICTY in Chambers for seven years. For five years he was a member of the Secretariat of the ICTY Rules Committee, responsible for proposals for the amendment and creation of the ICTY Rules of Procedure and Evidence. He has worked in the area of international humanitarian law for the Red Cross, including participating in the ICRC customary international humanitarian law study. He has an LLM in international criminal law and is completing a Ph.D. thesis on legal problems faced in trying former heads of State. He has published a number of articles on international criminal law; is senior editor (ICTY/Hague International Tribunals) of the Leiden Journal of International Law, and is co-editor with William Schabas of International Criminal Law Developments in the Case Law of the ICTY. He is a legal practitioner from Australia. 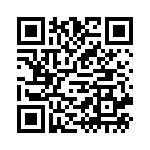