Adam Potkay is Professor of English at the College of William and Mary. He is the author of The Passion for Happiness: Samuel Johnson and David Hume, also from Cornell, and coeditor of Black Atlantic Writers of the Eighteenth Century: Living the New Exodus in England and the Americas. 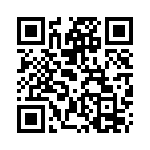