Page 3
ųstasiatiska museet. photograph ) and to the left of the spout squared ones (
again sunk lines , black in the picture ) . All these examples of the squared C
spiral cited here are in negative pattern ; but we find it frequently also as positive
pattern ...
Page 12
In the belt a T ' aot ' ie , reduced to a few summary lines but still having a fairly
well - preserved face ( S horns , eyebrows , eyes , ears , a drawn - up mouth - line
) , is flanked by vertical dragons , likewise strongly simplified . The dķcor , against
...
Page 88
The decoration , apart from some incised lines on the foot , consists of three
bands of finely incised , very slender chevrons , bordered by ridges on both sides
. There are two segmented flanges and two bosses in alternating arrangement on
... 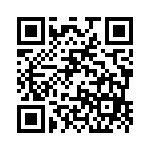