Page 53
Dir and Bajaur , through which Alexander passed , still await the explorer . For those countries are not open to Europeans . Babar , the founder of the Moghul Empire , who passed this way in 1519 A.D. , stormed the chief city of Bajaur ...
Page 55
In the seven years that had elapsed since the crossing of the Hellespont , he had conquered Egypt , Asia Minor , and Persia ; and , in subduing all the countries through which he passed , had secured his line of communications with ...
Page 56
After crossing the Panjkora , Alexander entered Swat , the country of the Assakenoi , probably by the Katgola Pass , where the inhabitants had assembled large forces to oppose him . But on his approach they dispersed to their cities .

21 other sections not shown 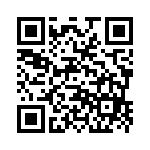