Page 306 - The Mishmee Hills : an Account of a Journey made in an Attempt to Penetrate Thibet from Assam, to open New Routes for Commerce. Second Edition. With Four Illustrations and Map. Post 8vo. Cloth, price IDS. 6d. Cornhill Library of Fiction (The). Crown 8vo. Cloth, price 3$ . 6d. per volume. Half-a-Dozen Daughters.
Appears in 335 books from 1835-2005
Page 306 - A Tibetan-English dictionary with Sanskrit synonyms. Revised and edited under the orders of the Government of Bengal, by Graham Sandberg and A. William Heyde. Calcutta, Bengal Secretariat Book Depot, 1902.
Appears in 35 books from 1903-2004
More
Page 306 - Deasy, HHP, In Tibet and Chinese Turkestan being the record of three years exploration.
Appears in 56 books from 1866-2005
Less

Derek Waller, professor emeritus of political science at Vanderbilt University, was the author of The Government and Politics of the People's Republic of China. 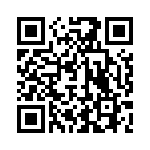