Page 22
Everyone moves within structures , social , economic and political , which shape
their lives – “ pushing ” them from their homes and “ pulling ” them to their
destinations . Structural explanations might include population pressures , for
example ...
Page 145
Only later was it extended to include any person fleeing any country because of a
“ wellfounded fear of persecution on account of race , religion , nationality ,
membership in a particular social group , or political opinion ” . Since 1946 , the ...
Page 318
in United States 14 , 174 , 218 destination 172 , 173 in Western Europe 191
political groups , racist 71 , 75 , 76 political motivation for migration 5556 political
systems , effect of emigration 131 population , effect of immigration 4147
minimum ... 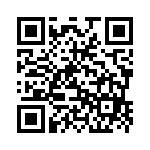