This evenhanded history of the appalling slaughter at the India-Pakistan Partition of 1947 puts the blame squarely on the incendiary rhetoric of the two opposing leaders.Hindus and Muslims (and Sikhs ... Read full review

NISID HAJARI is the Asia editor for Bloomberg View. Prior to Bloomberg, he spent a decade at Newsweek as Asia editor, foreign editor, and, eventually, coeditor at the top of the masthead. He has appeared frequently as a foreign affairs commentator on NPR, NBC, and CNN and is a member of the Council on Foreign Relations. 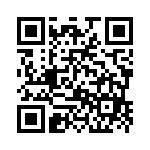