Page 16
Much of our history was made in and around the towns of Panipat, Kurukshetra,
Rohtak, Hissar, Gurgaon, Mohindergarh and ... “Karna Talab”, a tank named after
the raja and the main gate of the town named after him, are still to be found.
Page 17
A small town near Kurukshetra, Thanesar (Sthaneshwar) was the seat of Harsh
Vardhana in the 7th century. It developed into a prominent centre of culture,
Sanskrit learning, literature and Indian philosophy in the time of Harsha. Panipat
This ...
Page 18
Mohindergarh The town was founded by Malik Mohdud Khan, a servant of Babur,
and was inhabited by Brahmins of Kanuaudia. In the beginning of the 19th
century, it was conquered by Thakur of Jaipur, who was expelled by Nawab Najaf
... 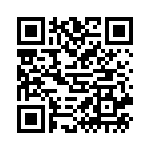