Philip D. Beidler is a professor of English at the University of Alabama. He has written or edited more than ten books. Beidler served as an armored cavalry platoon leader in Vietnam. 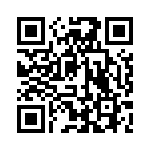