Page 85
The next Annual Meeting of the American Bar Association will be held in Chicago during the week of August 15 , and your Committee hopes that a large number of Virginia lawyers will attend . Respectfully submitted , STUART T. SAUNDERS ...
Page 129
He was re-elected, again without opposition, in 1951, which position he held at the time of his passing. Because of his vast knowledge of the law, his great ability, untiring energy, friendly disposition, keen sense of humor, ...
Page 138
In addition to performing the duties incident to the public offices that he held while actively engaged in the practice of law , Judge Hobson was also a founder and director of Lawyers Title Insurance Corporation , Richmond , Virginia . 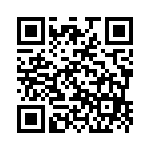