Page 58
Gold is associated with pyrite , pyrrhotite , arsenopyrite , molybdenite , chalcopyrite and occasionally with scheelite . the field season , 3 boreholes , SC - 3 , SC - 4 and SC - 5 , were drilled at 50 m interval to intersect the ...
Page 84
During the field season 1989-90 , investigation for gold was continued in Ajjanahalli area of Tumkur district , Karnataka with large scale mapping , trenching , drilling and sampling work . A total of six mineralised zones having strike ...
Page 89
During the field season 1989-90 , the following quantum of work was carried out : Mapping on 1 : 25,000 scale was also carried out in Jalagaranahalli area , which showed mainly ultramafic rock with minor mafic rock ( Plate - 2 ) . 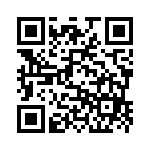