Simon Arthur Noel Raven, December 28, 1927 - May 19, 2001. Simon Raven was born in London on December 28, 1927. His father was independently wealthy from Raven's grandfathers death and his mother was a cross country runner who was once the second fastest woman in England. Raven attended Charterhouse, an exclusive private school which he was expelled from for homosexual activities. He spent some time in the army before heading off to Cambridge where his obvious intelligence was rewarded with a research scholarship to study the influence of the classics on Victorian schools. Eventually the scholarship money ran out, causing Raven to re-enlist in the army, where he served in Germany and Kenya. During his tour, Raven racked up serious gambling debts and the army eventually allowed him to resign rather than face court martial. In 1963, Raven told a publisher about his idea for his famous "Oblivion" series and signed a deal for 5,000 pounds for the entire collection. Raven also dramatized novels and plays for television and constantly chased after money. Raven wrote 36 novels in the satirical style, usually about homosexuality in upperclass English society. He died May 19, 2001 at a London hospital, the cause was unknown. He was 73. 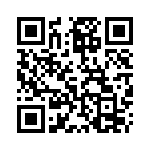