Page 133
He was elected Commonwealth's Attorney of Culpeper County in 1919 and
served in this office for forty years, only once being opposed for re-election. His
ready wit and skillful repartee, if caustic at times, were tempered by kindliness
and ...
Page 149
... 1964, ably served Westmoreland County as its Commonwealth's Attorney. A
devout churchman, Mr. Chandler rendered outstanding service to St. James
Episcopal Church at Montross as a Vestryman, choir member, Warden and
Layreader.
Page 191
After his admission to the bar, he began his practice of law in Pineville, West
Virginia, serving for a time as Commonwealth's Attorney for Wyoming County,
West Virginia. From there he moved to Pearisburg, Virginia, practicing his
profession ... 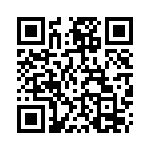