Page 222
But I have had a great many cases in which , had such a rule been in force , if the
motion had been made at the conclusion of the evidence for the plaintiff , I would
have said to the jury , " Gentlemen of the jury , the evidence introduced by the ...
Page 223
Judge Anderson : The bill , as I recall it , said practically that the judge might
express some opinion as to the evidence . The Chairman : The express language
is : " In all cases so tried , the trial judge may , before verdict , express his opinion
as ...
Page 230
First , the law now is that the judge has the power to set aside the verdict of the
jury when it is contrary to the evidence , or without evidence to support it . One of
the objects of the proposal , as I understand it , is simply to move up the motion to
...

33 other sections not shown 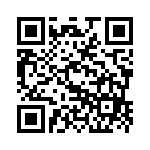