Page 155
Gawen Corbin , eldest son of Richard C . of King ' s and Queen ' s County ,
Virginia , America , Esq . , called 23 Jan . 1761 . 1757 . Jan . 5 . Robert Beverley ,
only son of William B . of Blandfield , Essex , Virginia , America , Esq . , called 6
Feb .
Page 160
The Development of the American Constitution Under Marshall OUTLINE OF
ANNUAL ADDRESS BY HON . ALBERT J . BEVERIDGE OF INDIANA . Virginia
has a peculiar glory which is hers alone ; she gave to America , during a single
brief ...
Page 161
eloquently describes that greatest of Americans and greatest of men . These
exalted personages were Virginia ' s mighty contributions to the American nation ,
which is humanity ' s noblest and most effective effort to organize freedom and ... 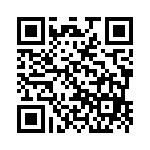