There is a double-barreled assault these days on the 182-year-old, British-invented end time doctrine labeled the "pretribulation rapture" (or, briefly, the "rapture"), a view that has been obsessively promoted by some leading evangelical writers including John Walvoord, Hal Lindsey, Jerry Falwell, and Tim LaHaye. The first barrel, as you may have already guessed, focuses on the relatively short (and rather strange) history of this novel interpretation. The other barrel deals with the theology behind it - whether it is truly Biblical or whether it rests on ideas that are unBiblical or extra-Biblical. Standing head and shoulders above many other books adopting the theological approach is a fascinating book authored by scholarly prophecy writer Joe Ortiz that has an intriguing title: "Why Christians Will Suffer 'Great Tribulation.' " Hardly a superficial work, this Ortiz production examines the Greek foundation of the New Testament and convincingly reveals the actual meaning of words and phrases over which there has been much disagreement in the past. The "Why" in his book title is fully explained as much as the "Will" is firmly established. If you desire a book that isn't a rewrite of a rewrite of a rewrite - what readers have observed endlessly in pretribulation marketing (I almost said "trafficking") - Joe Ortiz' new and refreshingly different book is waiting for you to pick it up.
----Dave MacPherson, author of "The Rapture Plot" etc.

A 20-year veteran news reporter and talk show host, Joe Ortiz has the distinction of being the first Mexican American to host an English-language talk show on a commercial radio station, beginning on KABC-AM in 1971. He also conducted radio and television talk shows at KLOS-FM (72-73); KCBS (then KNXT) Television (72-74); KPFK-FM Radio (where he was Chief News Reporter from 75-76) and the "Prime Time With Joe Ortiz" show, which aired on KPPC-AM in Pasadena (85-86) and KPZE-AM in Anaheim (88-89). He also starred in a 6-9 a.m., weekday, drive time show (Mornings With Joe & Cris) with comedian Cris Franco at KPZE-AM Radio in 1989. His last stint on radio was in 1992 as a substitute host for Dennis Prager on KABC TALK Radio during the Persian Gulf War. In 1976, he received a Golden Mike Award for news reporting while at KPFK-FM Radio and the Angel Award for Best Talk Show Host in 1973 while hosting the shows The Siesta Is Over and Bienvenidos at KCBS Television in Los Angeles. In the November, 1989 issue of Hispanic Business, he was named to that national magazine's "100 Most Influential Hispanics in The US" for his broadcasting excellence, along with Geraldo Rivera, actress Rita Moreno, comedian Paul Rodriguez and many other distinguished Latinos leaders. Educated at the University of California at Riverside and UCLA, he holds California State credentials authorizing him to teach Public Relations, Public Affairs Broadcasting, Human Relations in Business, and Personnel Training and Related Occupations. He has taught at Riverside City College and both Los Angeles and Riverside Unified School Districts. The author's two web sites are : http://sites.google.com/site/theendtimespassover/main-page and http://sites.google.com/site/joeortizassociates/Home 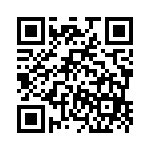