Page 46
There are States in the country such as Rajasthan , Andhra Pradesh, Orissa,
Madhya Pradesh, Uttar Pradesh, Assam and Bihar whose HDI value is much
lower than country's HDI value. In case of Bihar, the hypothesis of correlation
between ...
Page 6
While the Southern India continues to maintain its lead and more than half of
credit-linked SHGs in the country are from the south, over 78 per cent of the total
micro-credit has gone to two southern States of Andhra Pradesh and Tamil Nadu,
...
Page 10
It is true that of late, several bold initiatives have been taken in some states,
notably Andhra Pradesh, Kamataka, Uttaranchal and Madhya Pradesh, but
except for Andhra Pradesh and Uttaranchal, no real effort has been made to
encourage A ...

52 other sections not shown 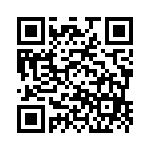