Page 48
That Dorchester was a station on the Roman road which ran through Wimborne Minster to Old Sarum , and in the other direction to Exeter , appears clearly enough by the military road - book called the Antonine Itinerary .
Page 189
Passing over the difficult so - called Primitive or Archćan rocks , we find that all those which have been since formed are divided into four great series , designated as Primary , Secondary , Tertiary , and Quaternary ...
Page 202
Nevertheless , the latter district supplies large quantities of the so - called Arabian horse . " True , the l'râkî , or , as he is sometimes , though less appropriately , called , the Baghdad horse , is not an Arabian of high stamp ... 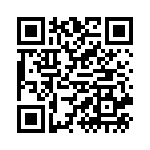