ERLING JORSTAD is Professor of History and American Studies at St. Olaf College. Among his many publications are That New-Time Religion: The Jesus Revival in America (1973), Bold in Spirit: Lutheran Charismatic Renewal in America (1974), Begin Religious In America: The Deepening Crises over Public Faith (1986), and Holding Fast/Pressing On: Religion in America in the 1980s (Greenwood Press, 1990). 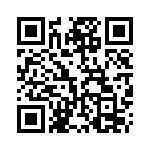