Page 35
According to official statistics , there are 1,800,000 of them . Some of them live in
the area along the Volga , while more than half in Siberia and Altai where the
German national district Halbstadt has been restored in the fertile Kulunda
Steppe .
Page 118
They trade , count money , dia - it contains all the answers . work as managers
and politicians , steal , In half an hour you'll become an edufall in love , travel .
And with each passing cated person . day they regret more and more that they A
...
Page 124
Conquered half VASIUSK . A mythical monster with the head of a the world
before turning thirty , and died in 323 BC rooster , the body of a toad , the tail of a
snake , and a from a cold . It is not clear why he decided to conquer golden crown
. 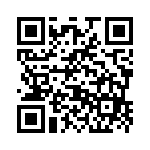