Christopher Collins is Professor of English at the Graduate School of Arts and Sciences at New York University. He is the author of several books including Reading the Written Image: Verbal Play, Interpretation, and the Roots of Iconophobia (Penn State, 1991). 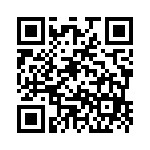