Cursory and effective, I read this in an afternoon. I have never allowed myself access to her fiction but her essays always maintained a welcome gravity. Read full review

An analysis of the human response to images of the suffering of others. Mainly relating to pictures of people afflicted by war from Goya's 18th century Disasters of War, to late 20th century conflicts ... Read full review

SUSAN SONTAG (1933–2004) was the author of four novels, The Benefactor, Death Kit, The Volcano Lover, and In America, which won the 2000 National Book Award for Fiction; a collection of stories, I, Etcetera; several plays, including Alice in Bed and Lady from the Sea; and seven works of nonfiction, among them On Photography, which won the National Book Critics Circle Award for Criticism, Illness as Metaphor, and Where the Stress Falls. Her books have been translated into thirty-two languages. In 2001, she was awarded the Jerusalem Prize for the body of her work; in 2003, she received the Prince of Asturias Prize for Literature and the Peace Prize of the German Book Trade. 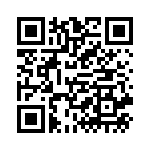