The death notice of Hon Sophia Ward reported in the Gentleman's Magazine is completely wrong, in crucial areas. Her parents are misattributed, they were not her parents! And she was not a widow as stated, or married to the man mentioned. She remained unmarried.
This is a complete cock-up. And although the clues are there - after all why was she named Ward, when her alleged parents didn't have that surname, and neither did her alleged husband - and why was she termed "the Honourable", when allegedly was simply the daughter of a Dean! - I still wasted a few hours on this nonsense.
For the record, Sophia Ward was in fact the second daughter of Edward, 1st Viscount Bangor, of Castle Ward, Co. Down, and his wife Anne, daughter of John, 1st Earl of Darnley. Their family name was Ward. She died unmarried in 1836. And was an interesting woman, who is still remembered by the continuation of a charitable trust to relieve poverty. The trust was established by the terms of her will and continues to the present day.

Page 216 - While he from forth the closet brought a heap Of candied apple, quince, and plum, and gourd; With jellies soother than the creamy curd, And lucent syrups, tinct with cinnamon; Manna and dates, in argosy transferred From Fez; and spiced dainties, every one, From silken Samarcand to cedared Lebanon.
Appears in 682 books from 1826-2008
Page 20 - Insomuch that the multitude wondered, when they saw the dumb to speak, the maimed to be whole, the lame to walk, and the blind to see : and they glorified the God of Israel.
Appears in 658 books from 1701-2007
More
Page 338 - Forbade to wade through slaughter to a throne, And shut the gates of mercy on mankind, The struggling pangs of conscious truth to hide, To quench the blushes of ingenuous shame, Or heap the shrine of luxury and pride With incense kindled at the Muse's flame.
Appears in 960 books from 1772-2007
Page 482 - EVEN such is time, that takes in trust Our youth, our joys, our all we have, And pays us but with age and dust ; Who in the dark and silent grave, When we have wandered all our ways, Shuts up the story of our days ; But from this earth, this grave, this dust, My God shall raise me up, I trust.
Appears in 806 books from 1615-2008
Page 116 - Bring oil to fire, snow to their colder moods; Renege, affirm, and turn their halcyon beaks With every gale and vary of their masters, Knowing nought, like dogs, but following.
Appears in 265 books from 1800-2008
Page 230 - Enlarged winds that curl the flood Know no such liberty. Stone walls do not a prison make, Nor iron bars a cage ; Minds innocent and quiet take That for an hermitage : If I have freedom in my love, And in my soul am free, Angels alone that soar above Enjoy such liberty.
Appears in 389 books from 1801-2008
Page 230 - WHEN Love with unconfined wings Hovers within my gates, And my divine Althea brings To whisper at the grates; When I lie tangled in her hair And fettered to her eye, The birds that wanton in the air Know no such liberty.
Appears in 557 books from 1790-2007
Page 230 - Our hearts with loyal flames ; When thirsty grief in wine we steep, When healths and draughts go free, Fishes that tipple in the deep Know no such liberty.
Appears in 270 books from 1801-2007
Page 250 - Watt, the man whose genius discovered the means of multiplying our national resources to a degree perhaps even beyond his own stupendous powers of calculation and combination; bringing the treasures of the abyss to the summit of the earth — giving the feeble arm of man the momentum of an Afrite — commanding manufactures...
Appears in 64 books from 1820-2006
Page 251 - Mr. Watt was an extraordinary and in many respects a wonderful man. Perhaps no individual in his age possessed so much and such varied and exact information, had read so much, or remembered what he had read so accurately and well. He had infinite quickness of apprehension, a prodigious memory, and a certain rectifying and methodising power of understanding, which extracted something precious out of all that was presented to it.
Appears in 99 books from 1810-2004
Less 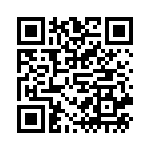