Distinguished Mr. Robert DeMaria,
I HOPE YOU GET TO READ THIS.
I want to congratulate you from the bottom of my heart for this gem of a book posted on the Internet. You are a wondrous, selfless, amazingly learned person, and I can't thank you enough for your time-consuming undertaking.
I am a humble translator from English into Romanian (ever heard of this Romance language?) and I have just started one challenging task. Turning Swift's Tale of a Tub into 21st c. Romanian language (and a best seller, if I want to continue working!) Daunting task that will take like forever. For more than five hours I've searched the Internet for what the heck could the words mean, from The Epistle Dedicatory, WERE THEY (literary creations, my note) DROWNED BY PURGES, OR MARTYRED BY PIPES? If the first part I somehow intuited since it was a common practice during communism, when toilet paper was scarce to, excuse my French, wipe your butt with book pages - one paradox of communism, we did not have toilet paper, but books were cheap as dirt and very many of us read hundreds of them like there was no tomorrow, which actually there wasn't! - the second with the pipes, was completely lost on me! I was thinking of organ pipes and ears martyred by bad sounds, but couldn't find a connection with books! I thought of ancient Roman martyrs tied to posts/pipes??? but again, what connection to books? And there I find your book, after umpteen searches. (A good translator, I claim, is a bit like an archaeologist, likes to dig up things - on top of wielding his/her imagination .) And the explanations I needed! I will continue to use it religiously because I believe there will be other similar cases. In case I will pick you brains more than once or twice, I will try - I believe the Romanian publishers will have nothing against it - to mention you in the book somewhere as a source I used. People like you prevent me from becoming a misanthrope. Thank you!
Alina Carac

Robert DeMaria Jr. is Henry Noble MacCracken Professor of English at Vassar College. He is the editor of British Literature 1640-1789: A Critical Reader (Blackwell Publishers, 1999) which accompanies this anthology and the author of The Life of Samuel Johnson (Blackwell Publishers, 1993) in the Critical Biography series, and of several other books, including Johnson's Dictionary and the Language of Learning (1986). 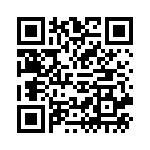