A handbook of ancient religions

John R. Hinnells is Research Professor in the Comparative Study of Religions at Liverpool Hope University, Honorary Professorial Research Fellow at SOAS, University of London and Senior Member of Robinson College, Cambridge. He is author of Zoroastrians in Britain (1996) and The Zoroastrian Diaspora (2005). His edited works include The New Dictionary of Religions (1995/1997) and A New Handbook of Living Religions (1996/1998). 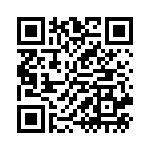