Page 55
It is , however , worth separating out the preparedness - dispositions from the rest of the dispositions manifested in a ' complex course of action , because they have the peculiarity that since , unlike other dispositions ...
Page 92
Viola is , of course , never a tragic character , but she twice finds herself in rehearsal for such a part . In this play , too , the conflict between the ways of life represented respectively by Malvolio and by Sir Toby and the lighter ...
Page 141
I turn next to some of Chaucer's tales , and I shall begin with the Knight's Tale , the presentation of which has , perhaps , some- thing in common with what I have been describing , though it is , of course , far more complex . 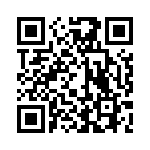