Page 181
Judge Sims ' mother was Maria Louise Kimbrough , daughter of Charles Yancey
Kimbrough of Louisa County , a man of ability and influence who served as a
member of the General Assembly of Virginia , but died at the early age of forty ...
Page 205
His father's people were originally from Lancaster County , in the Northern Neck ,
and soon the family moved back across the river to “ Wilna , " near Sharps , and
some years later to Warsaw , in Richmond County . And it was here , in the heart
...
Page 213
John William Chapman was born April 26 , 1856 , in Tazewell County , Virginia ,
at the county seat , then named Jeffersonville , in later years changed to Tazewell
. He died there October 31 , 1936. His father was Isaac E. Chapman , who came ... 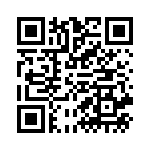