Robert E. Bieder is well known as a writer and editor on American Indians and the history of American ethnology and ethnography. He holds the doctorate in history from the University of Minnesota and is Visiting Professor of History in Indiana University. 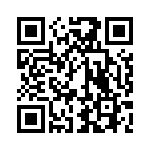