Page 27
Based on the general slope , five slope zones could be identified viz . , the flat
terrain , the undulating terrain , the strongly undulating terrain , the sloping terrain
and the steeply sloping terrain ( Fig.8 ) considering the land form , relief ,
drainage ...
Page
The geomorphological set up of the area is formed by both erosional and
depostional actions of fluvial environment of Periyar , Arjuna Nadi and Koushika
Manaji rivers and their tributaries . The prominent land forms identified are :
floodplain ...
Page
The undesirable impacts of human actions resulting , in degradation of land and
water , such as , induced erosion , salinity , destruction of vegetal cover ,
destabilisation of dune sand , etc. also been identified , quantified and
prognosticated in ... 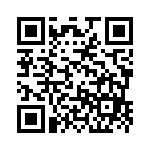