The age-old Gospel and the modern mind

One of the great challenges of preaching in our day is the need to understand the audience to whom we are speaking. David Wells is not only a biblical scholar but a student of the postmodern era in ... Read full review

Above All Earthly Powrs is the fourth and final volume in a series that includes No Place for Truth, God in the Wasteland and Losing Our Virtue. Each of these books deals with a theological issue in ... Read full review 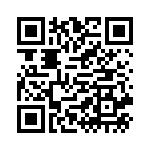