Page 55
On September 6, after a “manifestation of popular will”—the many-day meeting in
the centre of Grozny—Dudayev's national guardsmen captured the house of the
Council of Ministers, the radio and TV centre, and the building where the ...
Page 58
states, Finland, Sweden, South Korea, Germany, Italy and many other countries,
to say nothing of the Arab states, the UN and the Organization of Unrecognized
States have recognized our actions as legitimate," Dudayev engaged in wishful ...
Page 59
“Dudayev's men have perpetrated an outrageous act, unprecedented in cruelty
and cynicism. They inhumanely attacked a peaceful town, killed defenceless
citizens and took sick, women and children hostage. “The Budennovsk tragedy ... 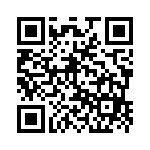