Terrific overview by Gerhard Forde of the Lutheran view of sanctification and it's inherent connection with and identification with justification.

Donald Alexander (Ph.D., University of California, Santa Barbara) is emeritus professor of Biblical Studies at Bethel University, St. Paul, MN. He served for ten years as a missionary at the Alliance Bible Seminary, Hong Kong, China. He is the author of The Pursuit of Godliness: Sanctification in Christological Perspective.

Gerhard O. Forde was professor of theology at Luther Seminary in St. Paul, Minnesota. He also taught at Luther College in Iowa and St. Olaf College in Minnesota. His many publications include The Law-Gospel Debate, Justification by Faith: A Matter of Life and Death and Where God Meets Man: Luther's Down-to-Earth Approach to the Gospel.

Sinclair B. Ferguson is senior minister at First Presbyterian Church in Columbia, South Carolina, and serves as professor of systematic theology at Westminster Seminary in Dallas, Texas.

Laurence W. Wood is Frank Paul Morris Professor of Systematic Theology at Asbury Theological Seminary in Wilmore, Kentucky. His books include God and History and Theology as History and Hermeneutics.

Russell P. Spittler is senior professor of New Testament at Fuller Theological Seminary. He has also held the positions of associate dean of the School of Theology and provost and vice president of academic affairs at Fuller. Among his many publications are Perspectives in Neo- Pentecostalism, The Corinthian Correspondence and God the Father. 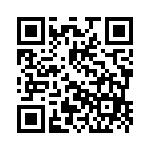