Page 107
But at least four copies ( including one of the East Midland books already
mentioned , a conflate ) reflect a single Yorkshire archetype exported to London ,
probably at patronal initiative , and used both to produce copies there and to
export ...
Page 172
... projection and its legacies is Nicholas Crane , Mercator : The Man who
mapped the Planet ( London , 2002 ) . 3 These figures have been taken from
Whitaker's Almanac ( London , 2002 ) . eighteen times the size of France itself .
By contrast.
Page 258
By the time the challenge comes from Marxist and feminist theory , form has
become attached to a formalism which , in rejecting representation , 2 Raymond
Williams , Keywords : A Vocabulary of Culture and Society ( 1976 , London , 1983
) , p ... 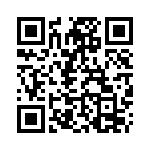