Page 123
Neither do I think a perpetual senate , especially chosen or entrusted by the people , much in this land be feared , where the well - affected , either in a standing army , or in a settled militia , have their arms in their own hands .
Page 124
Therefore among the Jews , the supreme council of seventy , called the Sanhedrim , founded by Moses , in Athens that of Areopagus , in Sparta that of the ancients , in Rome the senate , consisted of members chosen for term of life ...
Page 125
popular assemblies are to be trusted with the people's liberty , rather than a senate of principal men , because great men will be still endeavouring to enlarge their power , but the common sort will be contented to maintain their own ... 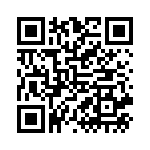