Allen's favorite personality-the bemused neurotic, the perpetual worrywart, the born loser-dominates his plays, his movies, and his essays. A native New Yorker, Allen attended local schools and despised them, turning early to essay writing as a way to cope with his Since his apprenticeship, writing gags for comedians such as Sid Caesar and Garry Moore, the image he projects-of a "nebbish from Brooklyn"-has developed into a personal metaphor of life as a concentration camp from which no one escapes alive. Allen wants to be funny, but isn't afraid to be serious either-even at the same time. His film Annie Hall, co-written with Marshall Brickman and winner of four Academy Awards, was a subtle, dramatic development of the contemporary fears and insecurities of American life. In her review of Love and Death, Judith Christ wrote that Allen was more interested in the character rather than the cartoon, the situation rather than the set-up, and the underlying madness rather than the surface craziness. Later Allen films, such as Crimes and Misdemeanors or Husbands and Wives, take on a far more somber and philosophic tone, which has delighted some critics and appalled others. In Allen's essays and fiction reprinted from the New Yorker, Getting Even New Yorker, (1971), Without Feathers (1975), and Side Effects (1980), the situations and characters don't just speak to us, they are us. 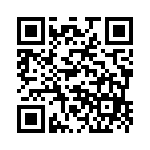