Page 40
Bangkok Nationalist By Denis Horgan Friction DURING the vastly bloody
American Civil War, US President Abraham Lincoln might have found a brief
moment's relief pondering the sincere offer from a distant monarch to aid his
efforts to ...
Page 59
What the Americans had lost, they had lost. It was a grievous loss. The American
cultural centres, with their magnificently-equipped libraries, had been very
popular among the knowledge-hungry youth of India. The :entre in Trivandrum, ...
Page 65
Some big investors are Gulf Oil, Chemtex, Swift, Skelly Oil, Signtetics, Motorola,
Caltex, American Airlines, Union Oil of California, Continental Carbon, Evans
Products and National Distillers and Chemical. The United States accounted for ... 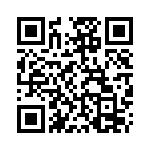