Review: Sexual Life in Ancient China : a Preliminary Survey of Chinese Sex and Society from Ca. 1500 BC Till 1644 AD / by RH Van Gulik ; with a New Introduction and Bibliography by Paul R. Goldin

An excellent pioneering study of the courtship, romance, sexual relationships and women's destinies in Imperial China. Perhaps this volume would have benefitted from additional references regarding early (BCE) Chinese historical figures, set in the same format as for the litterary ones. Read full review

Robert H. Van Gulik was born in the Netherlands on August 9, 1910. He joined the Dutch Foreign Service in 1935. From 1942-1945, he was secretary for the Dutch mission to Chiang Kai-shek's Nationalist government in Chongqing, China. During this time, he translated a number of Chinese texts including Celebrated Cases of Judge Dee (Dee Goong An). He proceeded to write sixteen of his own Judge Dee novels. His scholarly works included Siddham: An Essay on the History of Sanskrit Studies in China and Japan, Hayagriva: Horse Cult in Asia, and Sexual Life in Ancient China. He died on September 24, 1967. 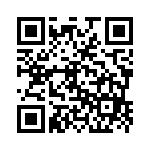