Page 26
All the dishes produced before 1672 have a spurious six - character mark of Jiajing in a double circle . After 1672 , the marks of Chenghua or Kangxi , a floral spray , as well as an empty double circle are used .
Page 53
Even so , different kinds of marks can be found — such as the marks of Chenghua , Jiajing , Kangxi , Yutang Jiaqi , floral sprays , empty circles , pictures , as well as dates and the name of the decorator . Those used on wares which ...
Page 54
However , apart from some rare examples , wares of the late Ming period in this group generally have no marks . In the Shunzhi period , the 1658 dish in the Royal Scottish Museum has the mark of Yutang Jiaqi in a double circle ( Pl . 69 ) ... 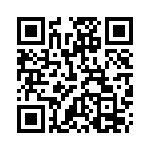