Page 196
Burma also took part at the 1964 Osaka Trade Fair from April 9 to 29, and at the
Sixth Tokyo International Trade Fair from April 16 to May 6, 1965, where such
Burmese exhibits as rice, gems, pearls and minerals were displayed. Burmese
gems ...
Page 403
_ -—~ - Of all Asian countries, Burma is one of the most enigmatic and the most
difficult to gather information on. Our correspondent, who recently visited Burma,
describes General Ne Win's"'Way to Socialism” as a kind of "Marxist Buddhism".
Page 404
The Kachins, in Burma's far north, share the Shans' feelings about the Central
Government, as do the Chins in the Western ... Of all the minorities, the Karens (
about 2 million) who live along the Thai-Burma border, are by far the most
effective. 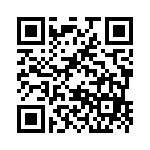