Page 100
There is , first of all , a significant overlapping in the listing of portents , particularly
between the Treatise on Astrology and the Imperial Annals of HS and HHS . In
HS , one planetary conjunction , four comets , and one instance of thunder ...
Page 105
A.D.23 ) , that it then was incorporated inte HS as the Treatise on the Five
Elements , and that consequently Liu Hsiang , not Pan Ku , is the chief author of
that treatise . 48 ) I think that Eberhard's attribution is manifestly impossible , even
...
Page 108
There are 190 entries in the HHS Treatise on Astrology , 371 in the HHS Treatise
on the Five Elements . This allows for a statistical comparison . In contrast , the
entries in the HS Treatise on Astrology are only 68 , too low a figure to be ... 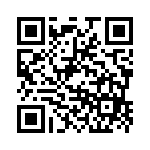